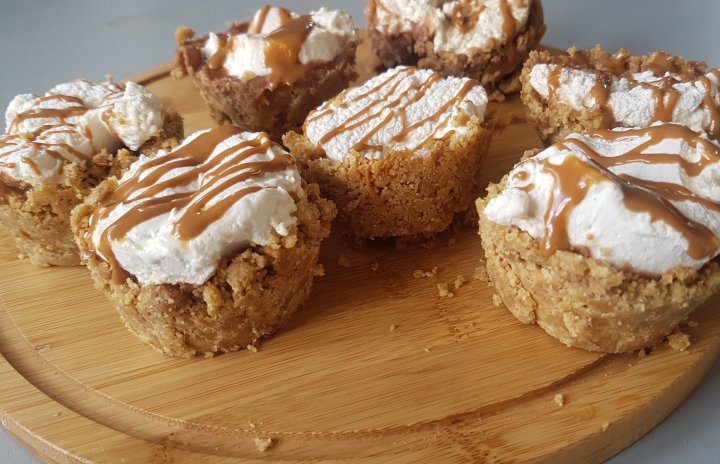 It’s British Pie week (apparently) and I thought hmmm do you know what really sums up British pies to me? American S’mores!

Ok so that wasn’t my precise train of thought but I did want to make some sweet pies and I’d just whipped up a batch of my mother’s homemade marshmallow. So it was clearly meant to be.

S’mores as my very Welsh brain understands is a traditional American treat whereby Graham crackers are sandwiched with marshmallows and chocolate and melted together.

As much as this is baking with kids and I do think this is a perfect recipe to make with kids, these little pies are so delicious that any grown up will need cast iron willpower not to scoff the lot!

You will need a 12 hole muffin tray well greased.

In a large bowl crush the biscuits with a rolling pin until they resemble breadcrumbs. 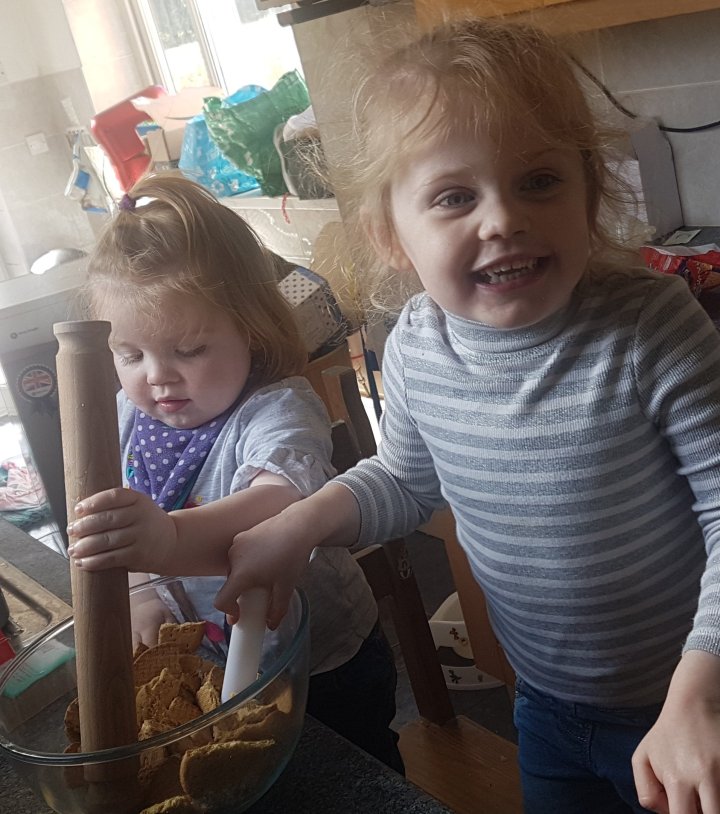 Pour on your melted butter and mix thoroughly.

Press heaped spoonfuls of the mixture into the muffin tray holes, taking the crumbs up the sides to create a case. You should have enough for 9-10 pies.

Pop into the fridge to chill while you make the chocolate filling.

Break the chocolate up to chunks and pop into a bowl.

Pour the cream into a microwave safe jug and heat until boiling (1-2 minutes) and pour onto the chocolate.

Stir well until all the chocolate is melted and the mixture is well combined.

Pour the chocolate mixture into the biscuit cases and return to the fridge to cool for 1 hour.

Top with the marshmallows and drizzle with the Biscoff spread to serve.

This site uses Akismet to reduce spam. Learn how your comment data is processed.

In an attempt to keep the kids happy and quiet I’ve found we spend at least an hour a day in the kitchen. If its not baking its another form of messy play or splashing about with the sink.

At best baking with kids is a stimulating and diverting screen free activity which encourages sensory development and aids knowledge of cause and effect, increases curiosity and is an all round brilliant way to enhance cognitive skills.